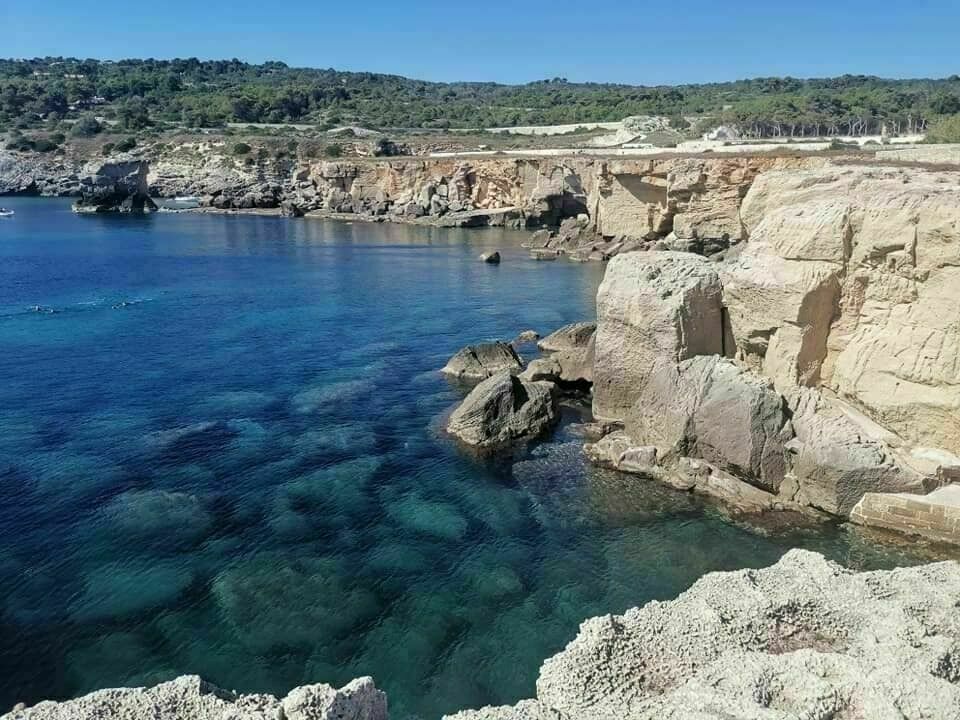 Santa Cesarea Terme is located on the east coast of the Salento peninsula. It overlooks the Adriatic Sea and is a renowned spa complex. It is the destination of many tourists every year. If you are planning your holiday in Puglia we recommend that you visit Santa Cesarea Terme.

This territory has a particular morphological composition. Inside it is flat and hosts a vast expanse of olive trees. The whole coast rises up to 129 meters above sea level and is characterized by stacks, caves and small bays.
The area, as the name itself implies, is a place of natural thermal springs discovered already in ancient times. Specifically, they are sulphurous-salty-bromo-iodic waters that reach a temperature of 30 ° within four caves: Grotta Gattulla, Grotta Sulfurea, Grotta Fetida and Grotta Solfatara.
The thermal baths of Santa Cesarea offer a series of inhalation treatments, irrigations and many treatments to regenerate and heal the respiratory and auditory systems, as well as the muscular and motor systems.

Where to swim in Santa Cesarea Terme

Here are three of the most beautiful beaches for swimming in Santa Cesarea Terme:

Bagno Marino Archi is a rocky beach. The water is clear and clean. Here you can also choose whether to rent a sunbed and umbrella.

Caicco bathing establishment is another rocky beach. You can book a sunbed and umbrella. The water is always crystal clear.

What to see in Santa Cesarea Terme

Villa Sticchi is a nineteenth-century villa. It was built in the Moorish style. It is located on a rocky spur about twenty meters above sea level. You will notice it immediately coming from Otranto. The villa cannot be visited internally, but it deserves to be seen from the outside.

The tower of Santa Cesarea dominates the coast. It is a tower in ruins but very impressive. It overlooks the cliff. And you will see a beautiful landscape.

Salento is rich in coastal towers built in the 16th century. Among these we also find the tower of Charles V in Santa Cesarea Terme. It is possible to walk around the tower and in the surrounding area admiring the sea landscape. From here you can also admire a fantastic sunset.

As in every municipality of the Salento peninsula, there are legends and myths related to the birth of this city and they are divided into Christian myths and pagan myths.

The Christian myth tells that the girl Caesarea, daughter of a rich merchant but orphan of her mother, was already attracted to the monastic life as a child and had taken a vow of chastity.
Her father, however, was not happy with her because he had other plans for her. The girl to escape the greed of her father ran away from the back door of her house. Her father decided to look for her to kill her. Once on the seashore, the girl hid inside one of the natural caves to pray. She was saved from the flames that engulfed her father in an attempt to abuse her and was later dragged by the sea.

The pagan myth, on the other hand, tells us that the Titans, chased by Hercules who rushed to help Jupiter, embarked on a long journey up to the Adriatic Sea. Here they chose the caves of Santa Cesaria to take refuge and hide from Hercules. The latter, however, caught up with them and killed them. The decomposition of their bodies made the soil putrid and from here the four caves would have originated, today a source of sulphurous waters.