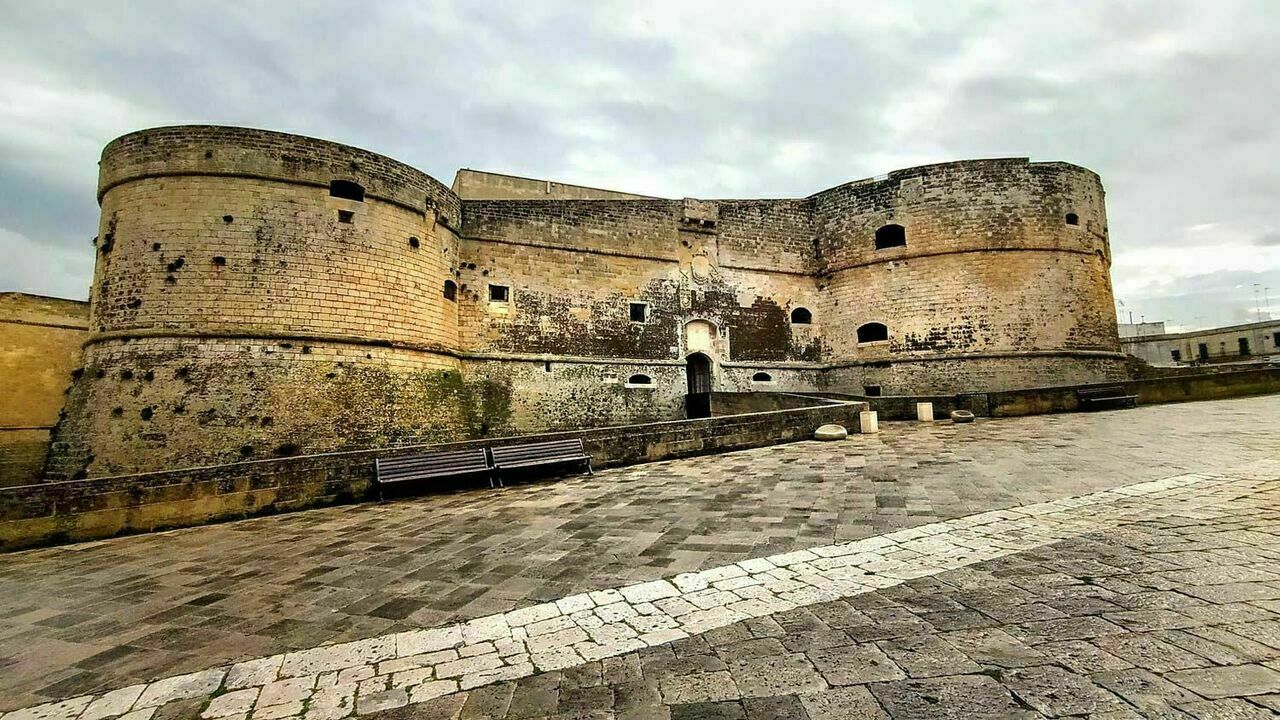 Two important places to visit in the city of Otranto are the Cathedral and the Castle. The first is a symbol of Christianity; the second was fundamental to defend against Turkish attacks.

The Cathedral of Otranto is considered the symbol of Christianity, for the events that occurred in 1480, when with the Ottoman invasion, all those who had refused to deny Christianity were beheaded. The city, in province of Lecce, was liberated with the arrival of the Aragonese and the cathedral was renovated.

This in fact is presented in an original way, on the main façade there is a Gothic rose window consisting of sixteen rays.

The main portal is in baroque style, while a second portal was later added on the left side.

The relics of the Martyrs of Otranto are located in the chapel at the bottom of the right aisle.

The remains of eight hundred inhabitants massacred by the Turks are now exposed inside five glass cases.

The skulls are aligned horizontally with the facial bones facing the visitor.

Among these skulls only one is turned in reverse, with the aim of showing holes, precisely sixteen.

After some studies it was concluded that this skull was used to procure bone dust used to treat certain diseases.

Among the most beautiful things to admire in the Cathedral of Otranto is the floor mosaic.

It is a work that was finished in 1164 and is extremely significant.

In fact, it depicts the tree of life and tells us about the path made by man to eliminate sin and seek salvation through the characters of Adam and Eve.

Another important tourist attraction is the Aragonese Castle. The structure as we see it today, is the result of the continuous changes made over the centuries to be able to adapt to the developments of firearms and the change of attacks.

The Castle is surrounded by a moat that can be crossed thanks to a wooden bridge, which was originally to be a drawbridge.

You arrive on the ground floor through a narrow corridor that allows us to notice the thickened façade, built around the '500.

All areas of the floor overlook the inner courtyard.

Under the ground floor stretch a series of tunnels and tunnels, never modified by their construction that make up the underground part of the castle.

You can visit all the rooms of the castle.

The castle is the setting of the first Gothic novel written by Horace Walpole in 1764, entitled "the castle of Otranto".