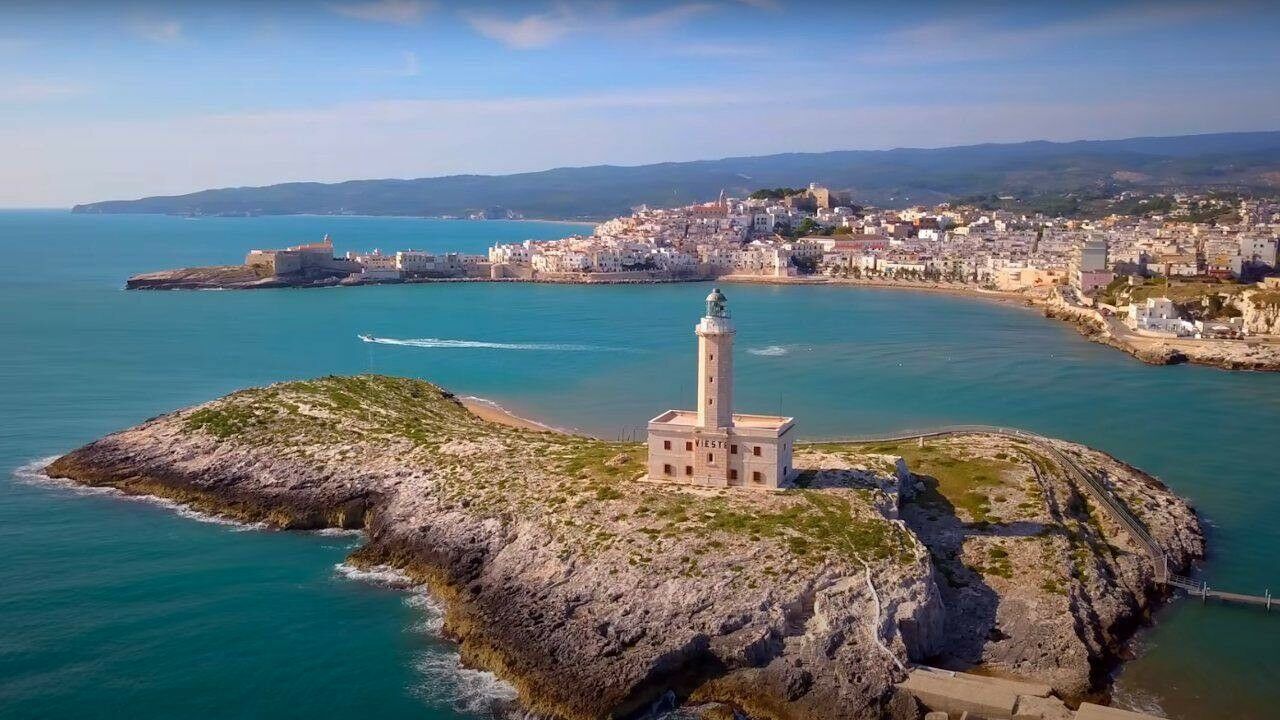 If you are on holiday in Puglia, you absolutely must visit the city of Vieste, near Foggia.

Vieste is a small town located in the north of Puglia, within the Gargano promonotory.

In this article we will talk about this beautiful town and what to do in Vieste.

The rocky peninsula on which it stands is characterized by three bays, separated by two points.

The first faces east and it is here that the medieval historic center extends.

Here you can walk through the irregular ancient alleys, between the various stairways and you can stop in one of the many bars in the square that offer a sea view.

The second, the Punta di Santa Croce, is located in the flatter area, and it is here that the port is located, from which it is possible to book and start various boat excursions to enjoy the coast and the sea caves, or take the ferry to spend a day at the Tremiti Islands.

The three bays, with wonderful beaches, that must be seen in Vieste are:

The Punta di San Francesco is so called because at its end, which falls directly on the sea, there is now the homonymous monastery.

The religious complex was built in 1438 by two local spouses to donate a convent to the Clarisse nuns.

However, the structure did not last long, and so this Monastery was built which housed the Franciscan Friars.

What to see in Vieste

If you are wondering what to see in Vieste, there are many tourist attractions. Here are some useful tips for your holiday in Vieste Puglia:

The symbol of the city is the Scialara beach, known as Pizzomunno beach.

The beach is one of the most visited in Puglia. Pizzomunno is a limestone monolith, 25 meters high, imposing on the beach.

It is interesting to know the legend that fascinates every tourist: when Vieste was still a small village, a young fisherman named Pizzomunno was in love with the beautiful Cristalda.

Whenever the young man was at sea with his boat, the mermaids offered him immortality if he decided to become their king and lover.

But Pizzomunno felt too strong a love for Cristalda.

One day the two young men were on the seashore, and the sirens, overcome by her jealousy, kidnapped Cristalda and carried her to the bottom of the sea.

It is said that the next day the fishermen found Pizzomunno's body petrified by pain in the white rock, which today bears his name.

Every 100 years Cristalda comes up from the sea to live their love for one night.

Pizzomunno beach is a must to see in Puglia. You will be fascinated by this gigantic monolith.

In the surroundings of Vieste, going south, is the Arch of San Felice. It is a real arc formed thanks to the corrosive action of wind and brackish water over time.

Legend has it that the Arch was built by Nymphs and Tritons to pay homage to Neptune and his wife.

The arch is one of the main tourist attractions in the Gargano.

You can stop at the San Felice tower to admire the show from above.

If you enter from the Bay of San Felice, a sandy bottom beach, you can also reach the arch by sea.

Villa in Puglia to rent find out the best solutions