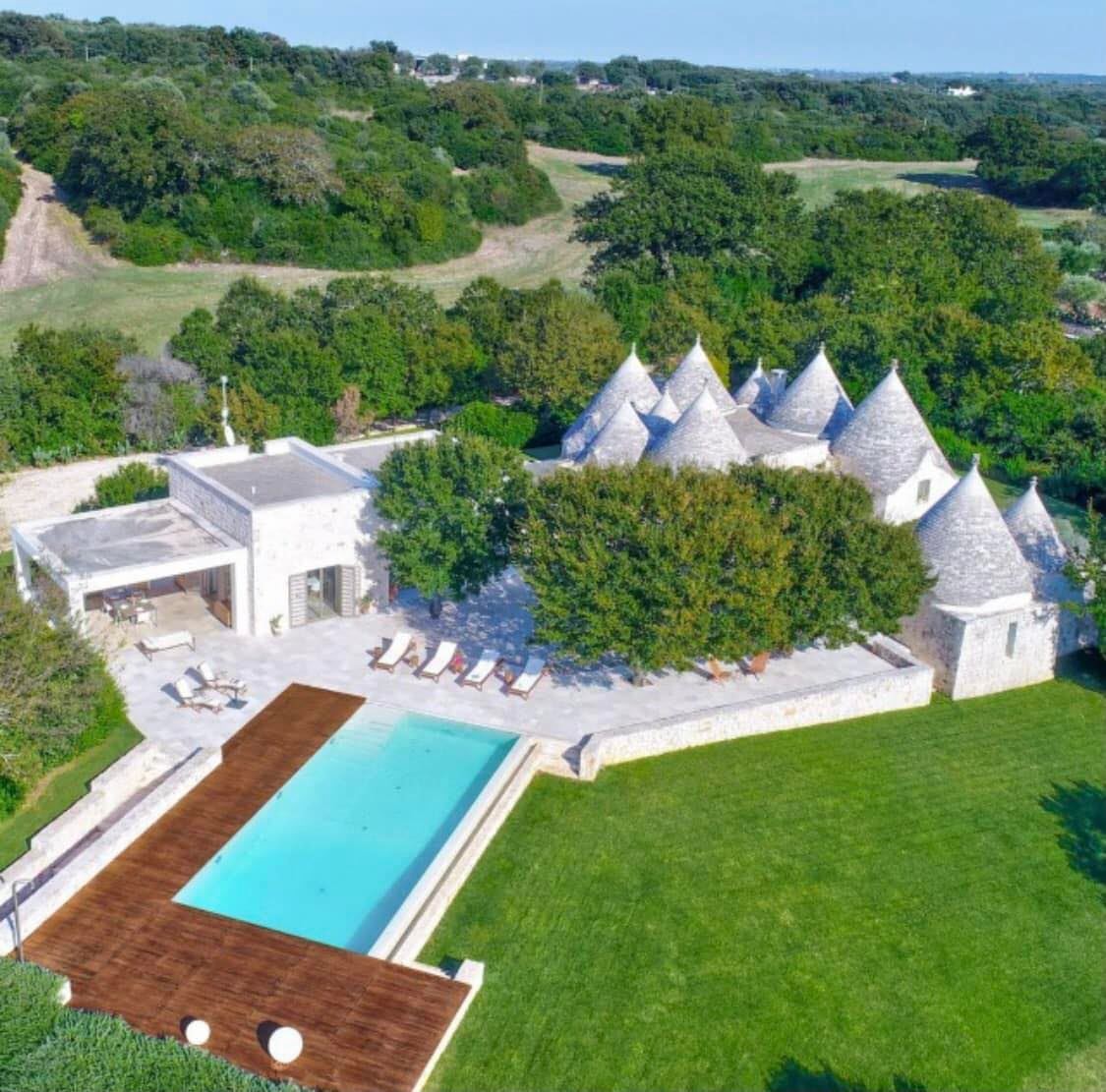 Valle d'Itria is the name of the territory in the center of Puglia between the cities of Bari, Brindisi and Taranto. The Itria Valley is characterized by the presence of several municipalities, which fall into 3 Apulian provinces, with housing units scattered among the wooded hills and landscapes rich in vineyards, olive groves and orchards.

Valle d'Itria is internationally recognized as the land of the Trulli where the ancient rural houses with a cone roof, built exclusively in stone, are scattered over the territory of all the 8 municipalities that are part of it.

Where is the Itria Valley

The Valle d'Itria is located in the central part of Puglia between the capital cities of Bari, Brindisi and Taranto.

In the Itria Valley there are several municipalities between the Adriatic Sea (Bari and Brindisi) and the Ionian Sea (Taranto), along the karst depression of the Murge plateau.

How to go on vacation in Valle d'Itria

Arriving in Valle d'Itria has been becoming increasingly easier in recent years thanks to the new flights from the Apulia airports, with both Italian and international routes.

Landing in Bari or Brindisi you arrive in the Itria Valley in less than an hour and you can immediately enjoy the spectacular landscapes in an environment rich in history, culture and gastronomic excellence.

The Valley of the Trulli is the Itria Valley

The Valle d'Itria is historically also recognized as the Valley of the Trulli because of the uniqueness in the world of its stone constructions since ancient times.

Thanks to the historical richness of the territory, with luxuriant wooded territories full of game and fertile red land to cultivate, the Itria Valley has been a land of passage for various populations since the Bronze Age, starting with the Apigian and Messapian communities. , with historical and museum testimonies in various municipalities in the area.

Valle d'Itria is naturally very rich in Trulli and Masserie which traditionally are the heart of the local economy for the varied quality agricultural production that they still offer today.

What to do on holiday in Valle d'Itria

The Trulli, and the traditional structures in general, are distributed in the luxuriant territory and some of them have now been transformed into luxurious residences that offer hospitality and special experiences to tourists and travelers who visit Puglia and in particular the Itria Valley.

The rural landscape is characterized by lush countryside. with plots of land divided by dry stone walls, occupied by Trulli, Masserie, Agritourisms and Villas.

Valle d'Itria offers various hospitality solutions and allows the visitor to spend a pleasant holiday in Valle d'Itria, satisfying every need for accommodation, entertainment and services.

Luxury Villas in Puglia To Rent