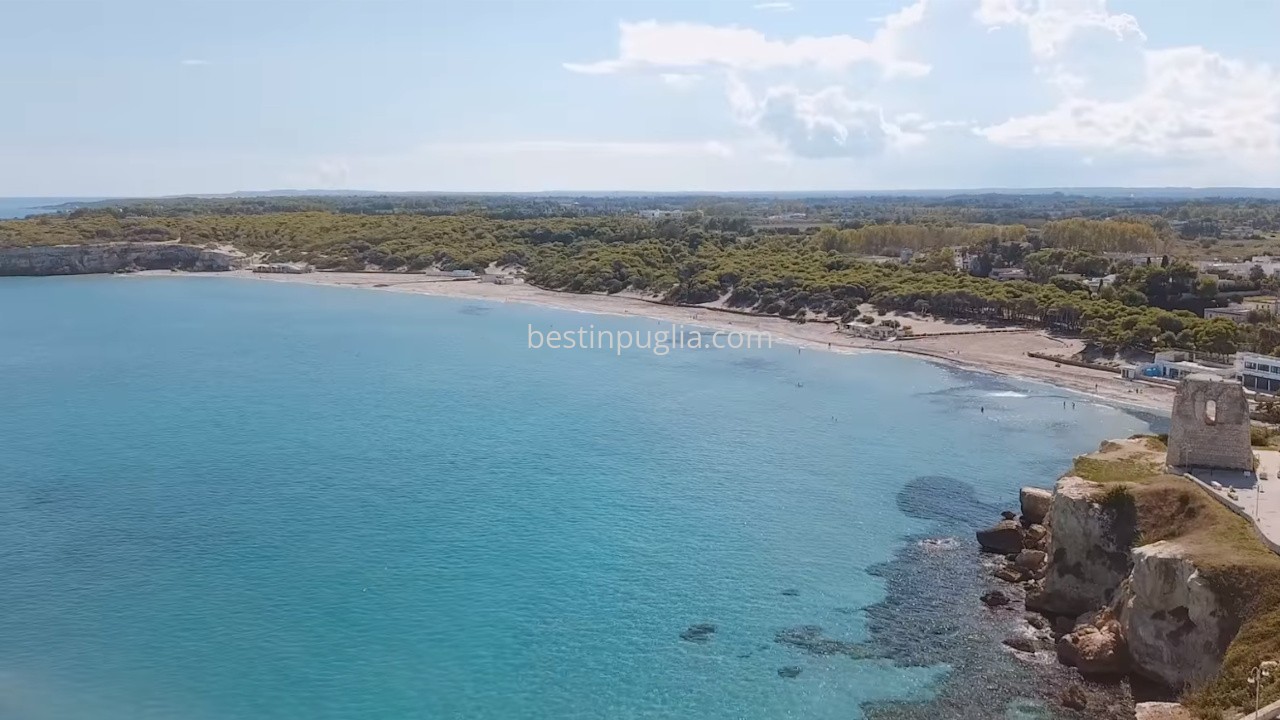 If you want to organize your holiday in Puglia 2022 we suggest a day at the sea of ​​Torre dell'Orso. In this article you can read information about the Marina di Melendugno, the Torre dell'Orso beach, the two sisters and other useful tips.

Torre dell'Orso is one of the most beautiful places in Puglia. The town is located in the marina of Melendugno, in the Province of Lecce. Torre dell'Orso is particularly known for the Two Sisters, the two stacks that emerge from the sea.

The marina of Melendugno is located in Salento, its coastline is 15km long, with small beaches, inlets, islets and stacks. In this article we will talk about the Torre dell'Orso marina.

The two stacks that you can admire from any point of the Torre dell'Orso bay are known by the name of the two sisters.

You can easily swim to the two sisters, or you can rent a pedal boat and explore the area better.

Where is Torre dell'Orso located?

Torre dell'Orso is located in Melendugno, in the Province of Lecce.

Why is it called Torre dell'Orso?

the presence on the coast of a tower used in the past for sightings of Turkish ships heading to Salento;

the presence of a bear carved in the rock with well-defined ears and snout;

the link with the tradition that gives names of saints to the towers on the coast, this one in particular linked to Sant’Orsola.

Thanks to its proximity to the Canale d'Otranto you will find one of the clearest seas among the beaches of Puglia.

How is the sea in Torre dell'Orso?

The sea in Torre dell'Orso is clear and crystalline.

In particular, Torre dell'Orso is characterized by a rocky coast, by coves of very fine sand and transparent and crystalline water.

The town is part of the Marina di Melendugno, and for several years it has been awarded the Blue Flag of Europe and five sails.

You will find dunes with an artificial pine forest behind the beach. North of the bay there are ancient caves, which in the past were used by fishermen.

To the south, however, near the beach, you will be able to see the two famous stacks, called Le due sorelle.

The territory of Torre dell’Orso is steeped in legends, the most famous of which concerns the Two Sisters.

The story tells of two sisters who, tired of the summer heat and from work, decided to find refreshment by going to the cliff attracted by the breeze and the scent of salt.

The first of the two sisters, bewitched by the landscape, decided to dive into the clear and crystalline waters but once in the water she realized that she no longer knew how to return to her.

Her sister decided to dive to go and save her: both could not reach the shore and their cries of desperation pitied her gods so much that they turned them into two large stacks, in honor of the two sisters.

When to go to Torre dell'Orso?

You can go to Torre dell'Orso from May until October. Usually the busiest months are July and August, months in which temperatures are warmer.

During the other months you will always find a pleasant temperature.

What to see near Torre dell'Orso?

Two places of interest near Torre dell'Orso are:

The Watchtower is known as Torre dell'Urso, which derives from Sant'Orsola and recalls the name of the town itself.

Work on this tower began in 1568. The base of the tower is square, and is positioned right on a spur of the coast. This area is worth visiting.

The church of the Ss Angeli Custodi is located in Piazza S. D 'Purchase and was inaugurated in 1960. Inside there is the statue of the Madonna "Stella Maris", protector of this marina in Melendugno.

Torre dell'Orso is one of the most beautiful places in the province of Lecce, you cannot miss a visit to the town during your holiday in Puglia.