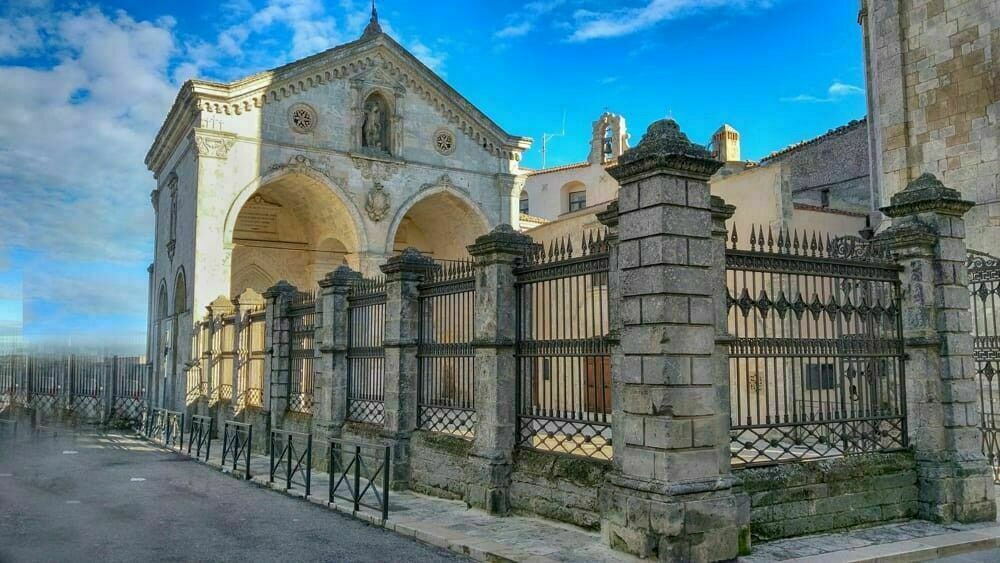 In the Gargano area there are many tourist attractions that you can visit, including the important religious tourist destination of the Sanctuary of San Michele Arcangelo in Puglia, in the province of Foggia.

The sanctuary of San Michele Arcangelo Puglia stands on a hill surrounded by the green landscapes of the Gargano, the main facade consists of two arches and an overlying niche where you can see the statue of San Michele.

From the vestibule you can access the staircase leading to the sacred cave. Here the words of the Archangel are engraved: "Where the rock opens wide, there the sins of men will be forgiven".

The place has been revered since 1490 with the appearance of the Archangel Michael. f The Lombards developed the cult of San Michele to whom the same warrior virtues of Odin were attributed.

Admission to the Sanctuary is free, but it is possible to book guided tours inside the crypt. In addition, if you want to visit the devotional museum and the lapidary museum inside the sanctuary, just pay a small fee.

The Sanctuary of San Michele Arcangelo Puglia is one of the most popular tourist attractions.

Where is the Sanctuary of San Michele Arcangelo located?

The Sanctuary of San Michele Arcangelo Puglia is located in Monte Sant’Angelo. A small town in the province of Foggia of 11,637 inhabitants.

The town overlooks the Gulf of Manfredonia and is characterized by a diversity of the territory, which includes both mountainous and flat lands washed by the sea.

The town is known all over the world thanks to its religious history.

The urban center was founded in the year 1000, but its history linked to a legend dates back to five centuries earlier.

What is the story of St. Michael the Archangel?

The story tells us about a rich lord of Monte Gargano, who had lost a bull.

After searching for it for several days, he found the animal kneeling inside a cave, which was inaccessible and did not allow the lord to help the bull.

So the rich man decided to shoot an arrow which came back and wounded him. The gentleman, troubled by what had happened, told everything to the bishop, who ordered three days of penance for his faithful.

It is said that on the third day the Archangel Michael appeared to the bishop, ordering him to dedicate the cave to Christian worship in his name.

The Lombards, who had dominion over southern Italy at that time, made it their national sanctuary.

In a very short time it became a must for pilgrims and Crusaders heading to Jerusalem.

It is said that the archangel Michael appeared at other times in the following years.

The cave was then the destination of many saints, including Padre Pio, who was very devoted to the Archangel Michael.

In 2011 the sanctuary of Monte Sant’Angelo became a UNESCO heritage site.