Pescoluse Beaches and things to do in Pescoluse.

Pescoluse beaches, things to do and all the useful information about Marina di Pescoluse. 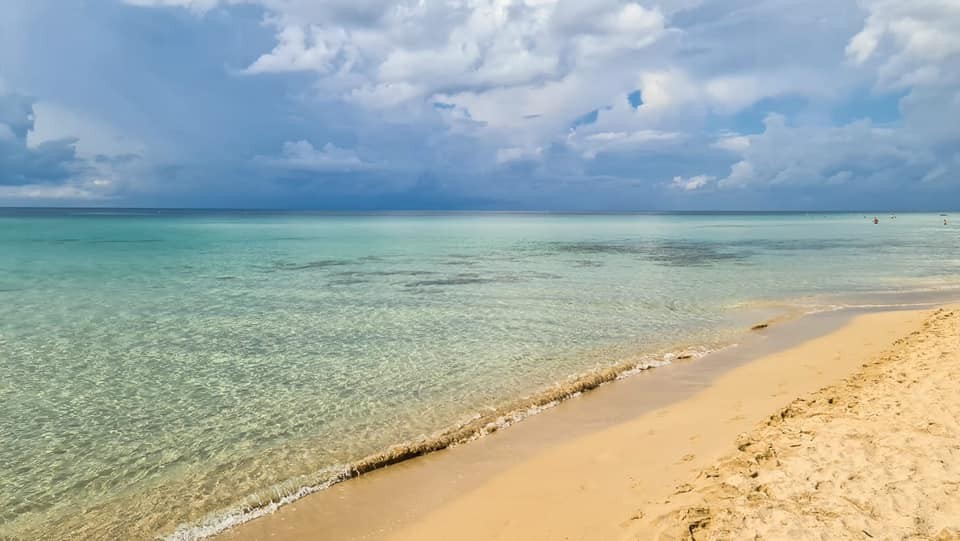 Pescoluse beach is considered the most beautiful beach in Puglia, what most characterizes the beaches of Pescoluse are the long stretches of fine white sand. The long stretch of fine white sand, the shallow waters, the small islets that emerge from the crystalline waters and the sandy dunes covered with vegetation are the main features that make Pescoluse one of the most coveted and popular places in the surroundings of Lecce. Like all the beaches of the Ionian Sea, the beaches of Pescoluse are also particularly suggestive in the days when the north wind blows. In the surroundings of the Marina di Pescoluse, there are several other beaches that are worth visiting among these: the beaches of Torre Pali, Posto Vecchio and the lido - now famous for the large wooden deckchair built at the entrance to the bathing establishment - the Maldives of Salento.

The sea in marina di Pescoluse is incredibly crystal clear. You will find beaches with fine white sand.

The seabed is shallow. The beach is protected by dunes covered with vegetation.

In particular, the dunes are dominated by acacias and white lily.

If you are on holiday in Puglia, the beaches of Pescoluse are a must to see.

White sand and clear water, in a landscape framed by the vegetation present on the sand dunes.

You will realize that bathing in the sea of ​​Pescoluse is a wonderful and unique experience.

The water is so clear and transparent that you will be able to see the bottom.

The coast faces south and its position ensures that Pescoluse has a clear sea all year round.

In Pescoluse you will certainly find the most beautiful beaches in all of Salento.

How long is Pescoluse beach?

Pescoluse beach has a coastline about 4 kilometers long. A coast that represents a corner of paradise in Salento.

One of the most beautiful beaches in Italy. The free beaches alternate with the equipped ones.

Whichever beach you choose to stop, it will always be a wonderful experience.

The Pescoluse area is well equipped.

You will find areas to park your car, equipped beaches where you can book beach umbrellas and sun beds, bars, restaurants and beach cleaning services.

You will also have the opportunity to rent dinghies and boats, but also scooters and cars to get around the area.

If you are looking for a place to sleep in Pescoluse, there are many hotels, b & bs or guest houses nearby.

What are the most beautiful beaches in Pescoluse?

The 3 most beautiful beaches in Pescoluse are:

What to do and see during holidays in Pescoluse?

Here is the list of 5 things to do in Pescoluse:

1. See the beaches of Pescoluse

Pescoluse is renowned for the colors and transparency of the water that recall the exotic landscapes of the Maldives.

In fact, among the most beautiful beaches in Pescoluse you will find "the Maldives of Salento".

Pescoluse beach is also suitable for children, who will find a shallow seabed and a calm sea.

There are caves near the coast. You can visit them by renting a boat or booking an excursion on the spot.

In Pescoluse you will not only find beautiful sea.

You will find a small inhabited center that can be easily visited on foot.

The main street is Via Puccini, around which the other streets develop.

You will be able to visit the church dedicated to Pope John 23rd.

Among the points of interest you can see the lookout tower of the Masseria Borgino.

This was built in the 16th century to defend the coast from external invasions.

Another point of historical interest is the Dolmen Argentina, which hides an underground cave.

You will be able to start a multisensory journey, through the interactive planetarium, the terrace of the stars and the science gallery.

Whate else in Pescoluse?

Every year the tourists who go to Pescoluse are many.

The inhabited center is actually small and includes few streets.

However, there are many apartments, b & bs, hotels and tourist villages ranging from Pescoluse to its surroundings.

The central square of the town is very close to the sea.

Here you can ask for an umbrella or a sunbed for rent and go directly to the sea.

The town develops around Via Puccini, the main street.

You will also find a recently built church nearby.

Where is Pescoluse located?

Pescoluse is located halfway between Gallipoli and Santa Maria di Leuca, in the province of Lecce, Puglia.

When to go to Pescoluse?

The best time to go to Pescoluse is from May until October. I

n May, June, September and October, the temperature is pleasant and you will find little crowds on the beaches.

The months of July and August are the hottest months.

During this period there is a greater influx of tourists.

In these months, therefore, you may find it difficult to find space on free beaches, despite Pescoluse having very large beaches.

In this case, we recommend that you reach the sea in the early morning or late afternoon.

So you can relax peacefully.

What to do in Pescoluse in the evening?

In the summer season the bathing establishments remain open until the evening.

Some beaches organize dance evenings directly on the sea.

The small streets of the village come alive and you will find several bars and restaurants open in the evening.

You will find souvenir shops and a large pedestrian area to stroll around.

Near Pescoluse you will find Torre Vado. This is also a very well known tourist destination.

The inhabited center develops around the small port.

Torre Vado is one of the many coastal towers of the 16th century, built by Charles V for the defense of the territory from external invasions.

You will find the tower a few meters from the sea and you will see that it is surrounded by buildings from more recent times.

The tower is developed on two floors and has loopholes and windows.

In more ancient times Torre Vado was used as a Cavallara tower.

That is, there was a messenger on horseback who warned the innermost towns in the moment of danger.

Today Torre Vado is very popular thanks to the beauty of its promenade, its small port and its clear and crystalline sea.

The promenade of Torre Vado, in the evening, comes alive with rides and stalls.

There is usually a market on Fridays, while on Tuesdays you will find the local craft market.

Among the main attractions in Torre Vado are the Sources of cold water. They are near the coast.

Over time these springs have created small lakes separated from the sea by some rocks.

When there is high tide they become one with the sea. In summer it is the perfect place to sunbathe and tone the body in the cold waters.

Posto Vecchio is another place to visit if you are on holiday in Puglia, near Lecce.

Posto Vecchio is located precisely between Pescoluse and Torre Vado.

The beach of Posto Vecchio has a clear and crystalline sea. Fine white sand.

It is bordered by sandy dunes characterized by typical Apulian shrubs. This landscape gives this land an almost wild aspect.

There is only one private beach that offers both bathing and catering services.

The rest of the Posto Vecchio beach is free. However, you will find several kiosks along the beach and other sun lounger rental services

Look forward to see you in Pescoluse! Check this post if you are looking for villa in Puglia to rent

Pescoluse is the fine sand of the beautiful sea of ​​Puglia but it is also art, culture and above all history.

As in most of Salento it is possible to see strange buildings in the countryside.

The territory is characterized in fact by the presence of many pajare, stone structures with a shape very similar to trulli, built with the ancient technique of dry stone walls, which served as a refuge for farmers during the torrid summer.

The first evidence of human presence on the Pescoluse dates back to 60,000 years ago, thanks to the discovery of various finds and tools used by the first inhabitants of the Marina di Salve area.

The oldest structure, however, present in Pescoluse is a Dolmen dating back to 25,000 BC.

Traces of the first urban centers date back to 1400 BC. and testify to the presence of the Messapi, a population landed on the Apulian coasts from the Balkans shortly before the Iron Age in the 9th century BC.

The domination of the Messapia (or the "land between the two seas" according to the ancient Greek name) ended due to the invasion in 260 BC. of the Romans.

Following the fall of the Roman Empire there was a continuous increase in raids and raids by marauders and Saracen soldiers on all the Apulian coastal towns.

Following the continuous raids of marauders by sea, sighting towers were initially built along the entire Salento coast (such as Torre Pali and Torre Vado a Pescoluse) in order to be able to spot the raiders long before their docking, in order to allow the population to arm yourself and prepare for battle against marauders.

Subsequently, following the extreme cruelty of the Saracens towards the Salento, the populations gradually abandoned the coasts and began to populate the hinterland more and more.

This contributed to the loss of importance of the coastal cities and to the increase in the power of the cities of the Salento hinterland.

Following the unification of Italy, the Ionian coast of the Salento area benefited from an impressive reclamation work, which continued until the end of the Second World War, which made the Ionian coast what we know today, a wild coast with wonderful beaches.

Holidays in Puglia 2022 advices and itineraries