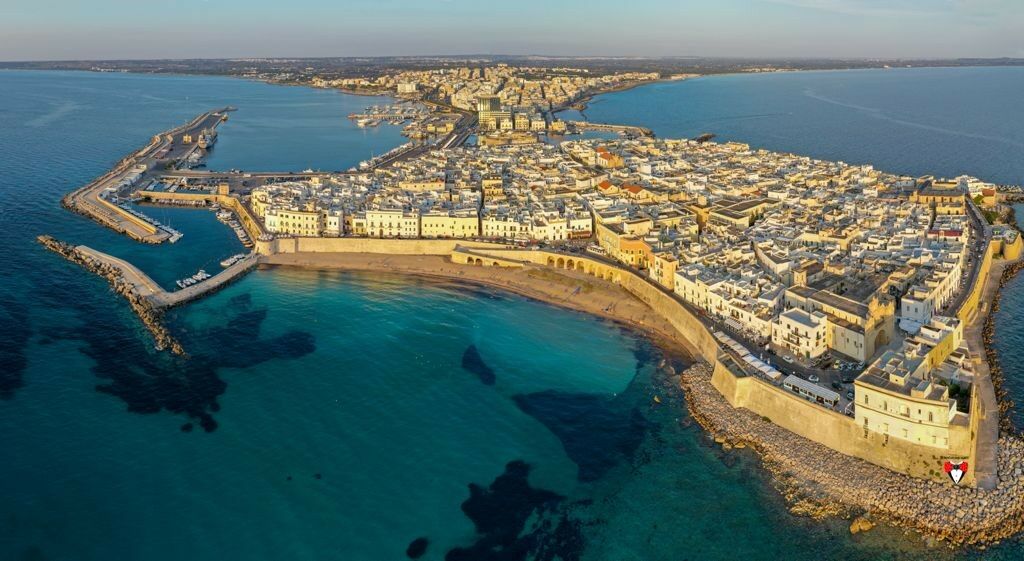 Here is the list of the 7 most beautiful beaches in Gallipoli:

Gallipoli is a city located in the province of Lecce, in Puglia. It overlooks the Ionian coast and is known as the pearl of Salento.

You can stay in the historic center, in the villages along the coast or stay in the tranquility of the ancient farms near the sea in Gallipoli.

If you are interested in spending your summer holiday 2023 in Gallipoli or you have already booked to leave on holiday in Puglia below you will find useful information on the 7 most beautiful beaches of Gallipoli and Gallipoli sea.

Gallipoli is located on the Ionian coast, characterized by white dunes and clear sea.

The beaches of Gallipoli are frequented by many tourists and locals during the summer.

The coast of Gallipoli has long beaches where you can also take beautiful walks.

is located about 5 kilometers from Gallipoli. It is the first beach you will find on the north coast of Gallipoli.

You will find a beautiful natural landscape characterized by the green of the Mediterranean scrub and the blue of Gallipoli sea.

You will find sandy beaches with a low coast, alternating with rocky beaches.

is mostly sandy. Today it is one of the best known areas of Gallipoli.

Rivabella beach consists of long stretches of sand and is about one and a half kilometers long.

The sea is crystal clear and the water remains shallow for a long stretch.

This Gallipoli beach is surrounded by a pine forest, you will see many pine trees, typical of southern Italy.

The name derives from the nearby church. This beach is one of the most popular among the beaches of Gallipoli.

In the 1960s, the first sailing club was born on this beach. It is a small beach located within the city.

From this beach you can admire the island of Sant’Andrea and its lighthouse.

is the first bathing beach born in Gallipoli.

It was created in the 1960s and became so famous that the surrounding area took the name of San Giovanni.

The beach is located in one of the most popular areas of Gallipoli, that is the seafront.

An area that today is full of clubs, bars and restaurants.

The best known beach in Gallipoli is definitely Baia Verde.

Located near the center of Gallipoli, you can reach it through natural paths immersed in the vegetation.

The sea water is clear and crystalline.

You will find various beaches equipped to rent beach umbrella and sun bed.

Windsurfing and sailing courses are also held in the area. In the evening you will find a lot of movement with many nightclubs and bars open until late.

You will be fascinated by the wonderful sea that the coast of Gallipoli offers you.

You will be able to access the beach through a landscape characterized by pine trees.

These also offer cool shade areas when the sun is too hot.

The Bay of Punta Pizzo is characterized by a rocky and low coast, which alternates with sandy coves.

Here the sea water is truly transparent, especially in the rocky points.

Where to go to the sea in Gallipoli with children?

If you are going on holidays with your family, with small children, the beaches that we recommend are:

Lido San Giovanni, one of the most famous beaches of Gallipoli, offers long stretches of sand and a low coast.

Suitable for children to play by the sea. The beach also offers entertainment for children and also for adults.

Lido Punta Pizzo is also a sandy beach in Gallipoli. It has a shallow water suitable for children.

Also, when the sun is too hot, you can move around the pine forest. Here you will also find a small playground for children.

Most of the beaches in Gallipoli have a low coast, you can leave with children in complete safety.

How to reach Gallipoli beaches?

You can reach the beaches of Gallipoli with:

How to get to Gallipoli? How to reach the beaches of Gallipoli?

The closest airport to Gallipoli is Brindisi. From Brindisi airport you can easily reach Gallipoli by taking a comfortable shuttle.

Even if you land at Bari airport, you can use the shuttle that connects Bari airport with Gallipoli.

If you have arrived in Puglia by car, or if you have rented one to move around Puglia, it will be easy to reach the beaches by following the various indications.

To reach the various beaches of Gallipoli, during the summer, there are several buses that will take you to the most beautiful beaches.

How is the sea in Gallipoli?

Gallipoli sea is limpid, crystalline and transparent. The sand is fine and white.

The beaches of Gallipoli are characterized by sandy dunes covered with vegetation.

Gallipoli is the destination of many tourists every year, thanks to its landscapes and its splendid sea.

The sea of ​​Gallipoli is calm most of the time, because it is favored by the currents of the north wind.

Gallipoli what to see

Gallipoli is a beautiful city on the sea. Here's what to see if you are on holiday in Gallipoli:

What to see in Gallipoli

Among the main attractions in Gallipoli you will surely find the Castle.

It is surrounded by the sea and is located at the beginning of the bridge that connects the historic center to the mainland.

The strategic position was used to protect the city from various external attacks.

Over time it has been modified several times until you get to this fortified building that you can visit.

The base of the castle is square, with a tower positioned at each corner.

A fifth round tower, called Rivellino, is in an advanced position, with the aim of anticipating the defense.

It is an independent defensive structure built in the 16th century.

During the summer this tower is used for film screenings and cultural events.

Inside the castle you will see large rooms and various walkways.

The Gallipoli bridge was built in the 1600s.

At that time it consisted of 12 arches with a drawbridge in the final part.

Over the years the bridge has been modified.

In fact, the drawbridge is no longer present, and a road has been built in parallel for the passage of cars.

To date, the bridge with the castle in the background offers a beautiful landscape of Gallipoli.

Another tourist attraction of Gallipoli is the Greek fountain, dating back to the Renaissance.

On the fountain you will notice relief sculptures depicting the metamorphoses of the nymphs told by Greek mythology.

The Cathedral of Sant’Agata is located in the historic center of Gallipoli.

It is characterized by the Baroque style, also typical of the city of Lecce. I

n the Middle Ages there was a small church that was destroyed in the 17th century in order to build this Cathedral.

Inside you will find a collection of paintings belonging to artists of the seventeenth and eighteenth centuries.

The cathedral is rich in decorations and details typical of the Baroque style.

If you are interested in the religious aspect, you can visit several churches in the city of Gallipoli.

The Mercantile Port is located north of the city of Gallipoli.

It is protected by the Molo Tramontana and the Molo Foraneo and also hosts large boats. It can be said that there is a second, smaller port.

The ancient port, which extends for about fifty meters, houses the fishing boats.

The ancient port of Gallipoli is located near the bridge, here you will see a postcard landscape, perfect for your souvenir photos of your holiday in Gallipoli.

The island of Sant’Andrea is located two kilometers from the coast.

To the south of the island a 45 meter high lighthouse was built.

The area is not habitable, which has created a beautiful natural environment.

In summer it is possible to visit the island of Gallipoli by booking a boat.

Furthermore, the seabed is rich in corals.

The term Gallipoli comes from the Greek Callipolis and means beautiful city.

Gallipoli consists of two parts: an older one and a more recent one.

The oldest part constitutes the old town, and is located on an island to the west.

The most recent part, however, is located on a promontory to the east.

Even the city of Gallipoli, like many cities in Puglia, is crossed by history.

In more ancient times Gallipoli was a peninsula.

Following the Turkish threats, a moat was created to separate Gallipoli from the mainland, and it was closed by high walls and long ramparts.

Thus it became an island.

It can be said that the historic center of Gallipoli is a city on the mainland that floats on the sea.

In 1600 a bridge was built that connects the island to the mainland.

Gallipoli what to do in the evening

Gallipoli is known for the fun it offers on summer evenings. You will find many discos, but also bars and clubs open until late.

If you prefer a quiet evening you can always take a walk along the promenade and eat in one of the many restaurants in the city.

If you want to plan your summer 2023 in the name of relaxation and fun, Gallipoli is the right place for you!