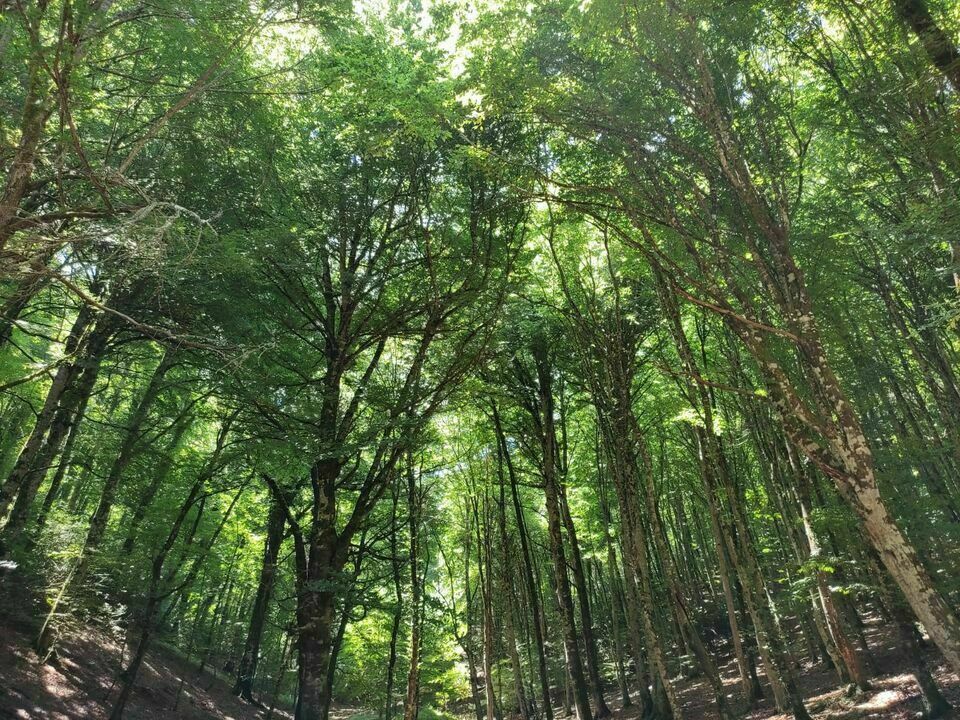 During a holiday in Puglia you cannot miss a visit to the Umbrian forest, Gargano. The Forest is one of the most important attractions around Foggia. It is located just 20 km from Vieste.

Why is the Umbra Forest called this way?

The Umbrian forest is a protected nature reserve. Its name derives from the dense vegetation that creates a place of complete shade. It is called Umbra because it is Ombrosa. Since 2017 its beech woods have become part of the UNESCO heritage.

It extends at about 800 meters above sea level, in the central - eastern part of the Gargano.

The area that occupies the forest extends for 15 thousand hectares, and is rich in fauna and flora.

What animals are there in the Umbra Forest?

Among the animal species present in the Umbra Forest it is possible to identify hares, squirrels, roe deer and wild boars and also different species of birds and birds of prey.

The presence of the Apennine wolf has also recently been discovered.

Before the twentieth century this species disappeared from some territories, and its return is really important.

There is also an area dedicated to fallow deer.

Within the site there are nature reserves characterized by mixed beech woods.

Three areas can be identified, the first dominated by beech trees; the second characterized by turkey oaks and oaks; and the last, located in the lower part of the forest, with holm oaks and minor species.

Over two thousand plant species are found. The beech trees with heights over 40 meters and diameters that go over one meter, can be considered real monuments.

In the forest you can find the "Badger" (taxus baccata), a particular tree that prefers to live far from its peers, this is because its roots suffocate the vegetation that surrounds them.

The species is also called the tree of death, because from it a poison can be obtained with a paralyzing and narcotic effect on both animals and humans.

The tree of death is connected to Frederick II of Swabia. Legend has it that he used this poison to kill his uncomfortable mistresses.

The poison is lethal even if ingested in small quantities, in fact it immediately blocks breathing.

The Umbrian forest is characterized by the particular phenomenon of macrosomatism.

This means that the plants are significantly larger than normal. In this way the tourist can be fascinated by the sight of specimens of pines or beeches of monumental size.

What to do in the Umbra Forest?

If you are wondering what to do in the Umbra forest, here are some tips:

If you are in Puglia, near Foggia, take a tourist visit to the Umbra Forest.

What are you waiting for? You can spend a beautiful day discovering nature.

"In our holidays in Puglia we visited Foresta Umbra every time when it was too hot on the beach. It's a magic wonderful place!"