Discover the best things to do in the most beautiful places in Foggia. Get to know the seaside places, villages or things to do during your holiday in Foggia. 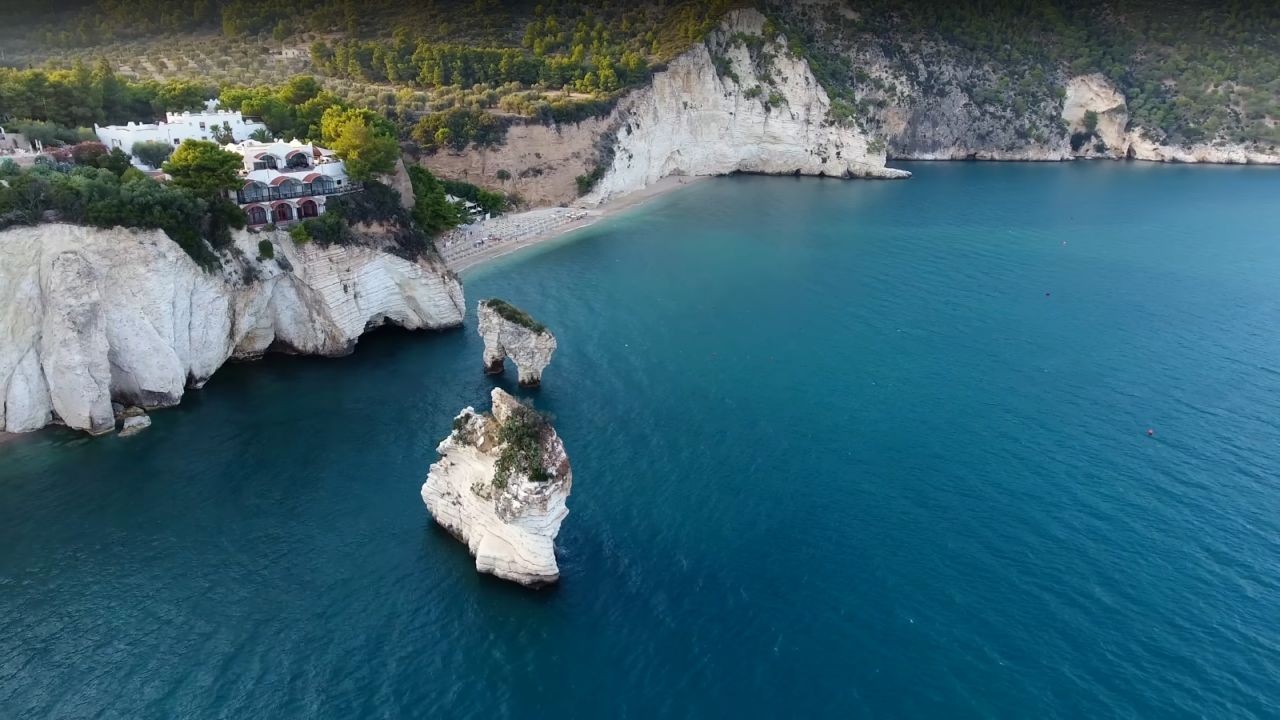 The province of Foggia is full of activities and things to do throughout the year. If you are wondering what to do in Foggia then it is important to know that the whole area of ​​Foggia is rich in historical artifacts that testify human activity in the area since the Neolithic times and has been the nerve center of agricultural and commercial activity since ancient times. .

Foggia developed further under the Roman Empire, then increasing its influence under the leadership of the Bourbons.

Among the things to do in Foggia there are excursions, walks among the villages, visits to museums or ancient buildings, boat trips, sunbathing, activities on the beach, beach parties, festivals, festivals, concerts and much more, all accompanied by excellent food and lots of healthy fun.

Foggia is the northernmost provincial capital city of Puglia that extends from the Gargano to the borders with Campania, and is among the largest provinces in Italy by territory. The city of Foggia is located halfway between the sea and the mountains in the center of the second largest plain in Italy, the Tavoliere delle Puglie, and is surrounded by immense expanses of cultivated fields.

There is no shortage of things to do in the Foggia area as it presents a great variety of landscapes, extending from the Gargano Promontory, on the sea, crossing the Tavoliere delle Puglie up to the mountainous areas of Campania on the Dauno Subappennino.

What to do in Foggia by the sea

The coast of Foggia is characterized by a long coast in which bays , caves , inlets alternate uncontaminated, beaches wonderful and wide cliffs embraced by the crystalline sea.

Things to do on the coast of the province of Foggia are plentiful thanks to the many seaside resorts scattered throughout the coast.

There are many free beaches but also equipped beaches where, in addition to being able to enjoy the sun, many things to do are organized to spend the days at the beach in activity of various types, choosing from music, entertainment, sports or other things you can do.

If among the things to do you are thinking of a visit to the coast then these are the most famous seaside resorts and visit:

If among the things to do you have thought of a boat ride then you cannot miss the Tremiti Islands , which includes the San Domino Island , the Capraia Island and San Nicola Island .

In each of these beautiful towns you will find some of the Most beautiful beaches in Foggia .

One of the most beautiful cities in Puglia is Vieste , in the province of Foggia. It stands on a rocky peninsula and is a popular destination for many tourists.

is a small seaside town that offers some beautiful places to visit. You will be able to enjoy beautiful walks in the historic center, full of ancient medieval alleys.

The main attraction in Vieste is the Staircase of Love which is located in the historic center.

It is said that if you go upstairs with your loved one, you will be together forever.

At the very tip of the city you can visit the Monastery of San Francesco, which housed the Franciscan monks.

A second attraction is the Pizzomunno Beach which is very easy to reach as it is located right in the city.

This is a beach where you can see a large white stone monolith. You will be fascinated.

If you love the sea, Vieste offers some of the most beautiful beaches in Puglia.

What to do in Foggia: visit the Gargano National Park

Not far from Foggia begins the Gargano National Park , which then extends for tens of kilometers up to to dive into the Adriatic Sea.

The Gargano is known above all for its beaches but also for the Sanctuary of San Michele Arcangelo.

Inside the Gargano park there are many other towns and villages that would be worth visiting such as Carpino , Ischitella , San Marco in Lamis or Monte Sant'Angelo to name a few.

The area that occupies the forest extends for 15 thousand hectares , rich in flora and fauna, and reaches 800 meters above sea level .

You will find several paths that can be traveled on foot, you will be able to observe the wild nature and spend a day in Puglia surrounded by the Umbra Forest .

What to do in Foggia: visit the Sanctuary of San Michele Arcangelo

A religious tourist attraction is the Sanctuary of San Michele Arcangelo .

The sanctuary stands on a hill surrounded by the green landscapes of the Gargano.

You will see two arches on the main facade and a niche where the statue of San Michele is present.

From the vestibule you can access the staircase leading to the sacred cave.

Here are engraved the words of the Archangel: "Where the rock opens, there the sins of men will be forgiven".

The sanctuary of San Michele Arcangelo is a UNESCO heritage .

What to do in Foggia: the 10 cities you absolutely must visit in the province of Foggia

If you still don't know what to do then plan a trip to one of the 10 towns that you absolutely must visit if you are in Foggia:

What to do in Foggia in the city

Everyone knows the Gargano National Park and the sea that surrounds it, but the whole area of ​​Foggia is full of historical artifacts and things to do and see.

There is abundant evidence of human activity in the area since the times of the Neolithic and its importance as a nerve center of agricultural and commercial activity in the city of Foggia since ancient times.

The development of Foggia then increased under the Roman Empire , continuing to increase its influence under the leadership of the Bourbon .

The intersection of different cultures together with the cultural and commercial ferment since ancient times has allowed the development in the surrounding territories allowing towns in the province of Foggia to enrich themselves with unique historical, landscape and stylistic elements.

If you're looking for things to do in the city of Foggia, we suggest you visit some of the following:

Visit the Cathedral of Foggia

Called the church of the Blessed Virgin Mary, it was built around 1170 and restored following the last great earthquake that destroyed the city around 1730.

The church contains the so-called Iconavenere, the Madonna of the Seven Veils, a religious icon much venerated by the citizens and carried in procession several times a year through the streets of the city.

It was built in the first half of the seventeenth century and its main feature is that it is completely decorated with themes that recall death, through the reproduction of skulls and bones.

The church was named and created by the brotherhoods of the city with the aim of being able to give a dignified burial to anyone who could not afford it.

The facade may seem insignificant but you will be amazed once inside by the ceilings, marbles, works of art and decorations.

Built in the 16th century.

Visit the Church of the Crosses

Like many ancient Italian cities, Foggia also hides its history underground among tunnels, tunnels and passages.

Many of these tunnels were used during the war as a refuge for citizenship.

Inside Palazzo Arpi, in Via Arpi, which is the most central street in Foggia, you will find magnificent works of art and artifacts ranging from the Neolithic to the Imperial age.

You will be able to see fully reconstructed ancient tombs inside the museum, collections of paintings and much more.

Following the reclamation of the territories of the Capitanata (another way of calling the area of ​​the city) during the Fascist period, Foggia was affected by several interventions including construction within the city.

Foggia is full of buildings from the 1930s and many of these perfectly reflect the dictates of rationalist architecture.

Among the buildings to visit there are Palazzo Podestà (the municipality) built in the shape of an M to recall the name of Mussolini, Palazzo degli Studi , Palazzo of the Consorzio di Bonifica , the Palazzo degli Uffici Statali and the Fontana del Sele (which celebrated the construction of the Apulian aqueduct).

What to do in Foggia: visit the villages around Foggia

In the villages around the city of Foggia you will find many things to do with which to brighten your stay.

Here are some of the villages that you can see during your trip in the province of Foggia:

Herdonia was an ancient city of the Roman imperial period that was also an important commercial and traffic center.

The excavations are unfortunately completely unattended but it is possible to visit them.

The village was born in the twenty years of Mussolini and has developed a lot in agricultural production in the past.

Today it hosts the Sanctuary of Padre Pio and the Regional Natural Park of Bosco dell'Incoronata not far away, where you can relax.

Built inside Borgo Libertà (a village near Foggia), the tower is a fortified complex founded by the Teutonic Knights .

The area was a crossroads of communication and traffic and was characterized by a rich agricultural and livestock economy.

Inside the Tower it is now possible to visit the Museum of Ceramics .

Things to do - Foggia

Things to do - Monte Sant'Angelo

Discover all the information about beaches, Holiday homes, Food and wine tours, Booking of guided tours and Luxury holidays in Puglia.

Don't miss our guides on the best destinations and offers. Discover the best beaches, guided tours and the best things to do in Puglia.