Discover the music festivals of the summer in Puglia. Discover the Folk, Classica, Rock, Elettronica, Pop groups who come to Puglia from all over the world to live unforgettable experiences 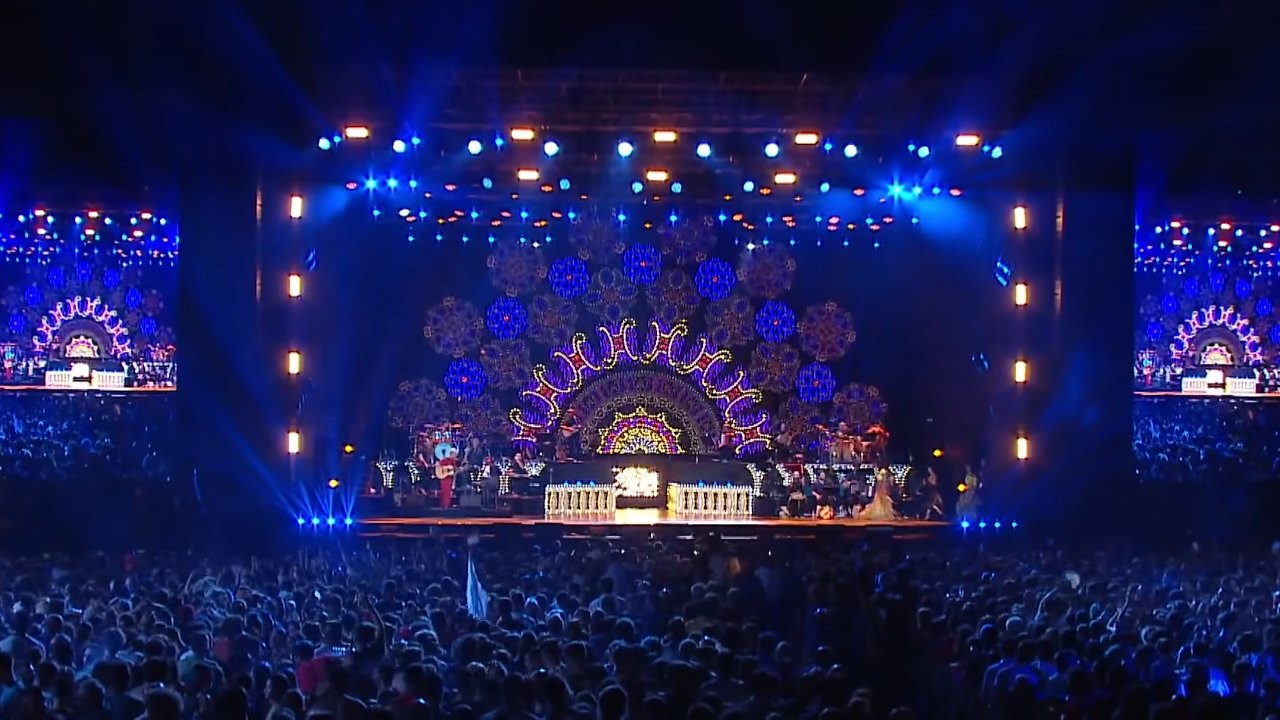 Puglia is a wonderful land that offers unique scenarios to concerts and festivals held outdoors during the summer season.

The Music Festivals in Puglia host famous national and international artists in an atmosphere of joy, celebration and mutual respect.

The region is rich in scenic and historical wonders loved by citizens and appreciated by visitors. Beaches, countryside, trulli, farms, woods and wild nature make the region ideal for any type of holiday you want to do. This landscape ferment is made even more interesting by the numerous events that take place outdoors almost every day during the summer in the various villages of the region.

To music lovers, Puglia offers a true symphony of emotions and traditions in the name of good music and guaranteed fun.

The most important Music Festivals in Puglia during the summer are:

The Medimex Festival is one of the most important musical events in Puglia and is held within the International Festival & Music Conference.

The Festival retraces what is the program of the Puglia Region for the development of the regional music system with a series of events on various evenings.

In collaboration with the Teatro Pubblico Pugliese there will be live musical performances, screenings, meetings and exhibitions.

The various events during the festival will animate the evenings in the cities of Bari (from 13 to 15 July) and Taranto (from 16 to 19 July).

The leading artists of the Medimex Music Festival are:

To accompany and celebrate the musical events of Medimex there will still be:

Under the banner of lightheartedness and summer joy, the Locus Festival resumes in the heart of Puglia.

A festival that has been held for many years now in Locorotondo, in the countryside of the Itria Valley, and in some prestigious places nearby.

The main guests this year will be Alt-J, Brunori Sas, Ariete, Paolo Nutini, Mannarino, Carmen Consoli and the List Representative.

The concerts will be held both in the wonderful round city and in the surrounding countryside and farms.

In particular, some concerts will be held in the streets of the historic center of Locorotondo, in the Ferragno Masseria, within the Archaeological Park of Egnazia, under the Bourbon Lighthouse of the port of Bari, in the vineyards of the Bocca di Lupo Estate, in the Angevin Castle and in Piazza Cathedral in the town of Trani.

The official program of the Locus Festival starts on June 18th, continues every weekend in July and thickens in August until the last date on August 21st.

The festival continues with ExtraLocus Festival from August 21st to September 3rd, the last date of the music festival with exhibitions that will continue until September 4th.

The municipality of Valle d'Itria opens its doors to classical music and opera artists within the Itria Valley Festival.

Visitors will be able to enjoy music, theater, cinema and meetings in the streets of the historic center of Martina Franca.

Among the works scheduled at the Locus Festival you will find:

FestAmbienteSud is a music festival and a cultural event organized in Vieste, in the Gargano, which aims to sensitize visitors to the landscape and local nature.

Legambiente, a non-profit organization in defense of the environment, is organizing a music festival in the Gargano National Park in the name of enhancing the Apulian landscape and nature.

The festival will involve the main naturalistic and cultural sites of the southern Gargano area: woods, beaches, abbeys, sanctuaries, necropolis and underground sites will be the stage for musical and artistic events.

The main stages of the FestambenteSud Music Festival are:

In addition to discussions and forums with writers and professionals, there will also be performances by contemporary artists to enrich the themes and stages.

The most anticipated musical artists, among the many present, will be Nada, Frida Bollani and Veronica Raimo.

In addition to meetings with writers who are candidates for the Strega Prize and forums on the environment, there will also be matinees characterized by “natural” sounds by some contemporary artists such as Francesca Heart.

The Cinzella music festival is held between the Fantiano quarries and the city of Brindisi.

The Cinzella Festival was born as a wish for rebirth, among olive groves and music, for the entire province of Brindisi.

The Night of the Taranta

The Music Festival par excellence in Puglia is La Notte della Taranta, the symbolic event of local music and culture.

The festival takes its name from the traditional music and dance of Salento (the Taranta) and is dedicated to its enhancement and promotion in the world.

During the day international artists of various musical genres will perform (including rock, jazz and classical) and the evening will end with the great final concert of the artists of Salento music.

The event marks the final stage of weeks of traveling concerts for the leading group or the Popular Orchestra of the Notte della Taranta.

Every year the Orchestra is accompanied by musicians and masters among the biggest names in the contemporary musical scene: in recent years they have accompanied Ludovico Einaudi, Goran Bregovic, Stewart Copeland and Andrea Mirò.