Fasano, What to do and see

Discover Fasano, the nearby beaches, La Selva, the farms of the surrounding countryside, its history and the important archaeological sites in the area 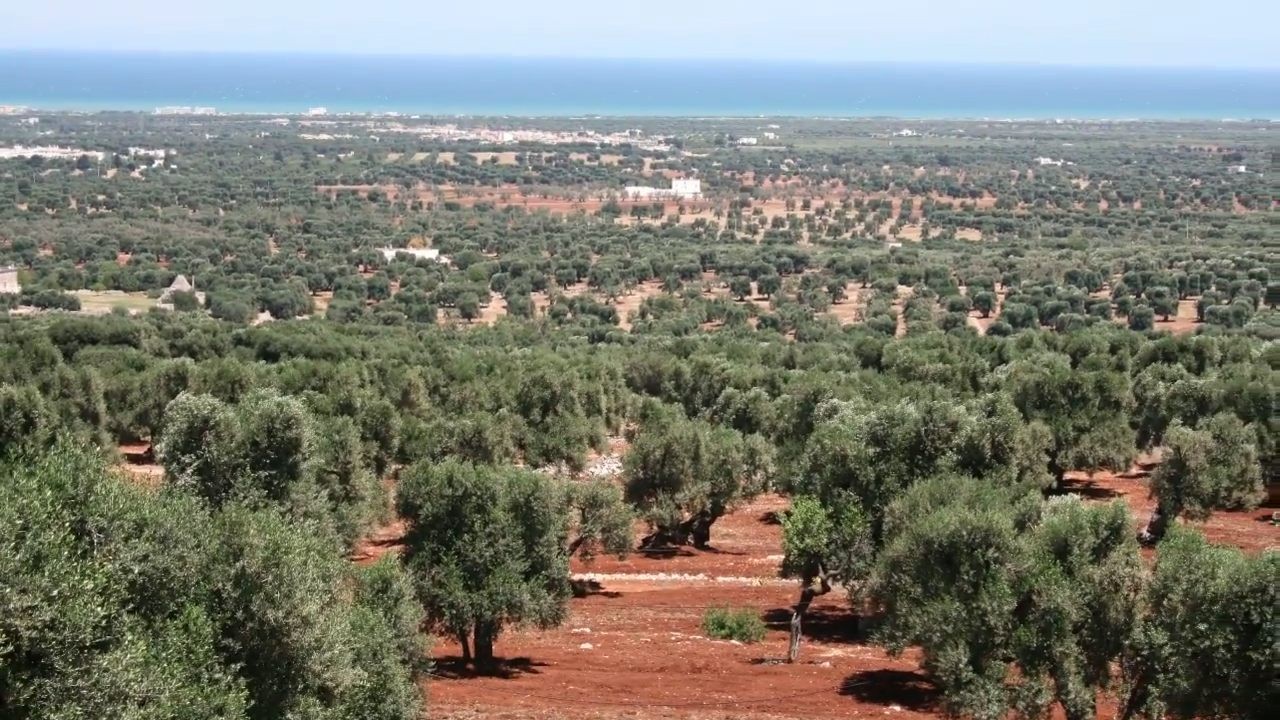 Visiting Fasano during your holidays in Puglia will allow you to discover the wonders of this village, located in the hinterland of the province of Brindisi, whose territory, which extends from the sea to the hills of the hinterland, falls within the Itria Valley and marks the border. between the province of Bari and Salento.

Fasano is a wonderful town on the outskirts of Salento and the Itria Valley, inhabited by almost 40,000 inhabitants, surrounded by lush countryside full of farms and Trulli. Fasano takes its name from the first village founded in the territory in 1088, the Casale di Santa Maria de Fajano, by a group of citizens of Egnazia, an ancient Roman village on the sea, who escaped the sacking of the Moors.

The citizens of Egnatia had to abandon the ancient port city they lived in, despite the importance of the port under the Roman Empire and the strategic position on the ancient Via Traiana, following the fall of the empire in 410 BC. and at the beginning of a very long period, centuries, of continuous looting and raids by the Moors on the Apulian coasts up to part of the hinterland.

Today the remains of Egnazia can be visited competently and are the seat of an important archaeological site in which to discover the ancient origins of the population of the city of Fasano.

What to do in Fasano

Things to do in Fasano are:

The historic center of Fasano is defined by the inhabitants as U'bracchie (in the shade) precisely to describe the situation during the summer among the narrow streets of the historic center, colored white and difficult to reach by the sun's rays as they are very narrow.

There are many ancient buildings, squares, streets and with them the bars, pubs, trattorias, farmhouses and the many activities in the open countryside that you can visit to refresh and recharge from long walks to discover the historic center of the city. of Fasano.

Fasano and its churches

Each church and each building has its peculiarities, its history and its jewels that you can visit and admire.

The one absolutely to visit in the center of Fasano is the mother church of San Giovanni Battista, built on an ancient temple that was demolished in 1330 to allow its construction.

The facade is in local tuff stone and built in the late Renaissance style.

On the tympanum of the facade there is the statue of the venerated patron saint of Fasano: San Giovanni Battista.

The 14 churches and religious buildings to visit in Fasano, including the hamlets of Savelletri and Selva di Fasano, are:

Piazza Ciaia, considered the pearl of the Borgo di Fasano, is one of the places to visit if you plan to organize a walk through the historic center.

Forwarding and walking through the historic center you will have the opportunity to enjoy an aperitif seated admiring the wonderful surrounding buildings and letting yourself be taken by the relaxing holiday atmosphere that the town transmits to visitors.

In Piazza Ciaia you can enjoy the spectacle of the square itself covered in white limestone, the ancient noble palaces that surround it, the Clock Tower and the Palazzo Balì.

It is worth organizing a visit to the Fasano forest, if you are on holiday in Puglia in the surrounding area, also thanks to the ancient villas that were built there, among which the Minaret stands out, a stately home built in the early 1900s with inspiring architecture. tower and tower in the shape of a minaret.

Among the other buildings of interest in the area are the ancient Church of the Madonna del Carmelo and one of the oldest rural buildings in the area, namely the Trullo del Signore.

Plain of the Olives of Fasano

One of the most beautiful activities to do in Selva di Fasano is simply being able to admire, from the top of the hill of Selva di Fasano, the whole Piana degli Olivi, or the plain that extends from the base of the Selva hill, for kilometers, up to sea.

Egnazia is an ancient Roman city of strategic importance for the economy of the time, thanks to the port and the viability facilitated by the ancient Via Traiana which facilitated its connection with Rome.

The inhabitants left the city immediately after the year 1000, exhausted and decimated by the continuous raids, raids and massacres that they suffered over the centuries by the Moors following the fall of the Roman Empire and their military control of the territory.

Officially the National Archaeological Museum of Egnazia was established in 1957, and the ancient city of "Gnathia" has managed to donate many testimonies of the past to tell the story of its inhabitants during all the evolutionary phases of the city, from the Bronze Age to to the Middle Ages.

Even today it is possible to notice, by visiting the excavations, the furrows left by the chariots on the stones of Via Traiana, admire the typical buildings of the ancient Roman cities such as the Forum, the Amphitheater, the Furnace, the Cryptoporticus still clearly distinguishable among all the other structures and rediscovered buildings.

All this, together with the presence of the sea, makes Egnazia one of the most interesting archaeological sites to visit if you are on holiday in Puglia.

The Fasano Zoosafari is the largest wildlife park in Italy (the third in Europe) which, with its 140 hectares of extension, allows visitors to observe exotic animals in their environment directly by walking through it.

Visits to animals are organized and carried out using different routes:

Visiting the zoosafari is undoubtedly an unforgettable experience for children and therefore certainly an activity that we would like to recommend to families with children.

Inside the Zoosafari you can take advantage of an amusement park containing numerous attractions for both children and adults.

Throughout the year in Fasano are held festivals and events of all kinds that take their cue from religious, historical or periodic anniversaries linked to the territory such as agricultural crops or the manufacture of typical local products.

The event par excellence of the Municipality of Fasano, and of the whole territory, is called "La Scamiciata".

The Scamiciata is a historical re-enactment of the liberation of the Fasanese population from the raids and massacres of the Moors, following the overwhelming victories of the citizens of Fasano over the Turkish army in 1678.

The celebrations last for days and the preparation of the event is a painstaking work carried out by different workers, artisans and local artists throughout the year.

The historical procession of the Scamiciata is characterized by the presence of flag wavers, trumpeters and drums followed by a long procession that represents the customs and habits of the time, seeing figures of the noble families of the time, civil and ecclesiastical authorities, military and the population parade with the typical period costumes to dance and sing.

Another spectacular event not to be missed in Fasano are the Christmas holidays. In particular, a grandiose nativity scene is set up on Monte Rivolta (in the Selva di Fasano) with a gigantic comet star (made up of more than 5000 bulbs) placed on the top of a large natural cave, with life-size artistic statues, which depict the scene of the nativity, present inside the natural cave.

Fasano What to See

Fasano, like many other villages in Puglia, is a place to visit in due time. If you are in a hurry you will barely be able to discover what the area has to offer, from the sea to the hills of Selva di Fasano.

The territory has an ancient history, from the Bronze Age, through the Messapians, the Romans, the Middle Ages, the Renaissance to the present day.

Each of the periods listed represented an important stage in the history of the Fasanese population and contributed to delivering to history numerous artifacts, ancient times, dolmens, civil, commercial and military constructions that have come almost intact to the present day.

The best things to see in Fasano are:

Among the things to see near Fasano are:

One of the oldest burial testimonies in the area is the Dolmen which can be visited if you reach the hamlet of Montalbano, not far from the center of Fasano.
The Dolmen dates back to the Bronze Age and is well preserved despite the millennia that have passed and the numerous acts of vandalism suffered.

Between Fasano and Monopoli beaches there is the Tempietto di Seppannibale, an ancient building containing the remains of frescoes representing scenes from the book of the Apocallisse.

The temple was originally known as the Church of San Pietro Lo Petraro and consisted of a central structure with two domes.

Torre Canne and the Natural Park of the Coastal Dunes

Torre Canne is one of the most beautiful coastal hamlets of Fasano, characterized by beaches with very fine and white sands particularly popular in summer.

Within the Torre Canne area there is the Regional Natural Park of the Coastal Dunes, which extends from Torre Canne in the south to Torre San Leonardo in the north.

The area takes its name from the ancient tower which was surrounded by a luxuriant reed bed, being located in a place where in the past several rivers flowed.

In Torre Canne it is also possible to take advantage of one of the most important spas in Puglia, the Terme di Torre Canne, where curative and aesthetic treatments are offered to visitors.

Savelletri is a splendid coastal hamlet of the municipality of Fasano, and unlike the Torre Canne area it is also populated during the winter.

The whole coast is naturally characterized by the presence of the characteristic white coastal houses, typical of the Fasanese coast.