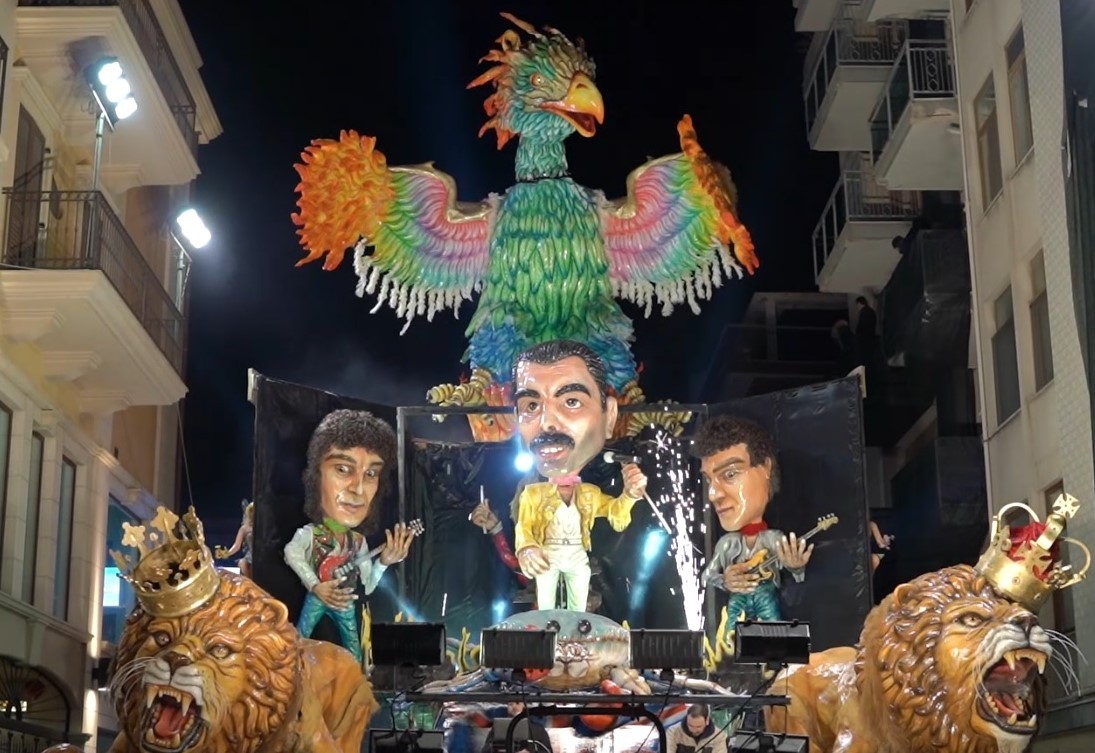 Carnival in Massafra 2022: the dates

According to tradition, the Carnival in Massafra begins on January 17th, the day dedicated to Sant'Antonio Abate.

In order not to lose tradition, the Massafra 2022 carnival will be celebrated with a demonstration of miniature papier-mâché floats.

This miniature float demonstration will take place in March 2022.

The floats produced will then be exhibited in the Museo della Cartapesta and the historic Carnival of Massafra, which will later be held on the Via Appia.

For centuries now the carnival in Massafra has started on January 17th, the day in which Sant'Antonio is celebrated.

Tradition says that after this day it is time for music and the famous masks of the Puglia carnival.

History tells us that the Massafra carnival was born in 1951, thanks to a joke: some boys said that on the day of the carnival there would be a bullfight.

Furthermore, according to tradition, during the day of Sant'Antonio, the locals brought their cattle to bless right in the church of Sant'Antonio Abate.

The allegorical floats of the Carnival in Massafra

The allegorical chariot is a chariot that usually represents in an ironic way some particular themes or events.

The allegorical floats are one of the main features of the Massafra carnival.

These wagons are complex structures that require great preparation.

How the floats of the Massafra Carnival are created: the phases

The floats are not simply decorated but follow a precise procedure that makes them spectacular and complex constructions.
Here's how carnival floats are created:

In the first phase, clay forms are built. All the details, even the smallest ones, are created using this material;

Subsequently, the plaster is poured on these clay forms, and the papier-mâché is made to adhere.

You get a figure that is called Pupo.

The "Pupo" is redefined with the cement paper with the various colors, to obtain the wonderful constructions that can be seen on the wagons.

The last Sunday of Carnival and Shrove Tuesday usually takes place the beautiful parade of Carnival floats in Massafra.

An event that amazes young and old every year.

Usually every year a particular theme is chosen to represent with the floats.

Normally a single chariot contains multiple figures. Over the years, Disney characters, prominent subjects or even nightmare characters, witches or clowns, and various animals have been represented.

Carnival in Puglia 2023. The best places for the Carnival.

The 11 most beautiful Carnival parties in Puglia. A fusion of tradition and modernity with spectacular floats and colorful masks

Discover Campomarino di Maruggio with the Torre Saracena, the white beaches and the crystal clear sea, immersed in the Natural Park of the Campomarino Dunes