The best wineries in Brindisi 2023

In this post you will find out the best wineries in Brindisi. A journey through the best wines produced in the province of Brindisi 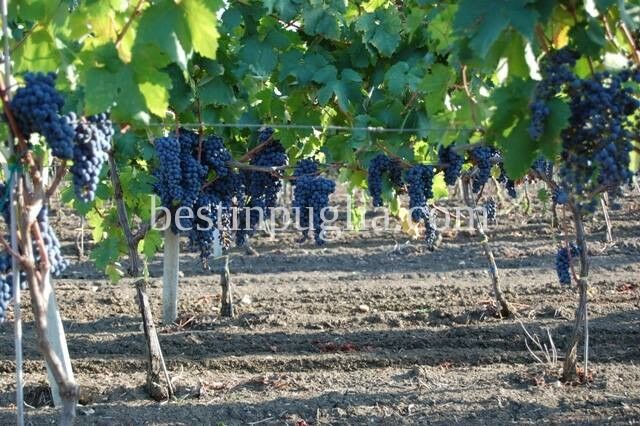 Brindisi is one of the provinces among the largest wine producers in the region with 10 DOC and 1 DOCG wines.

The Controlled Designation of Origin "Brindisi" is used exclusively for wines that meet the conditions and requirements indicated in this production specification, including the following types:

There are numerous types of land for viticulture in Salento. In most cases they are deep and sticky limestone of the Salento hinterland where the DOC Brindisi is found. The characteristics of these soils mean that even in some dry years it is possible to create the best conditions for the development of plants and to obtain high quality wines

The most important are the human factors linked to the production area, through the consolidation of traditions, these factors contribute to obtaining the "Brindisi" DOC wine. The origin of the DOC Brindisi denomination is attributed to the existence of some historical producers in the production area, represented by Brindisi and Mesagne, who produce red and rosé wines based on Negroamaro (Negroamaro) and Malvasia Nera since the beginning of the last century wine. In 1976, thanks to the recognition of these wines in the national and international market, the denomination Origine Brindisi was established. The name of this wine derives from the homonymous Salento city, an area of ​​vineyards and olive groves, where farms and ancient watchtowers are scattered almost everywhere.

Brindisi red and rosé wines are produced from Negroamaro or Negro amaro vines, in most cases Black Malvasia of Brindisi and Black Malvasia of Lecce. Since the sixth century BC it has been characterized almost exclusively by this vine. The most used forms of cultivation of the Brindisi DOC vineyards are Apulian saplings and espalier: Apulian saplings; it is the most widespread agricultural system in southern Italy and the islands, and is also widespread in other hot and arid regions. It aims to develop a small vegetation to adapt the productivity of the vineyard to the conditions.